Security, Encryption, and You 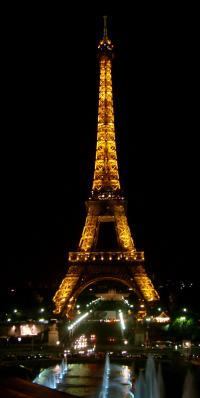 November's terrorism attack in Paris elicited efforts by US officials to restrict or provide alternate means for decrypting messages. People in the Congress and the Intelligence Agencies repeated older requests for backdoors that would allow them to decrypt messages and content on devices. What those officials either don't know or choose to ignore is that a backdoor for the government is a backdoor for anyone.

Many people hold the idea that they have done nothing wrong and have nothing to hide. However, when asked to see their bank or medical records, they quickly retreat. The original statement tends to get qualified by "... nothing to hide from the government." What those people fail to realize is that any system that allows the government access also allows anyone else. The government cannot keep secrets for your lifetime. Since this backdoor would allow access to trillions of dollars, there would be tremendous effort to obtain the backdoor access. There would be no way to keep that information private to anyone -- and that is just personal transactions.

Business transactions need to be private to protect business interests. In some cases, making a deal public prior to certain events is a federal crime (e.g., securities fraud). A corporation would be very interested in what it's competitor is going to do. No corporation would want others to know its business strategy or information about a product prior to release.

There is also no definition of government. Does that apply to just the Federal government? Why would state governments be prevented from access. They have legitmate interests in preventing crime, including fraud. Why should non-US governments not have access. What would the incentive be for a foreign government to not use a back door to access private communication between competitors for a project, especially if one of the competitors was an external corporation.

I created a presentation of the same name for Business Builders. Rod Beckstrom, former director of the National Cybersecurity Center was interviewed on Weekend Edition and said the same thing.