The big announcement this month from Khronos is Blender now exports glTF models. Things makes a very large collection of models now available for use in web pages with libraries like XSeen. Repositories like BlendSwap have a large number of models licensed as Creative Commons or public domain. That is a relatively easy way to create visually rich environments without having to do all of the modeling and texturing - just make sure you follow the terms of the license and give credit.

The one catch is that glTF V2.0 uses physically-based  rendering (PBR). This needs to be done at the time the model is created. Exporting a non-PBR model into glTF causes a number of problems that are illustrated in the screne captures below. The first image shows the model in blender right after loading. Note that the front wall and porch roof are flat and the interior is visible through the windows.

When the model is exported to glTF and viewed in Don McCurdy's glTF viewer, it looks like figure 2. The porch roof and front steps are not flat and the front wall indents at the windows. It is not possible to see through the windows.

I also exported the model to X3D and viewed in BitManagement's BS Contact. This had some of the same problems, but did have visibility through the windows. The model could not be directly used in X3DOM because of structural issues with tags. The X3D view is the third image.

Norbert Nopper (creater of the Bender glTF exporter) investigated my issue report and reported back that there are two problems with the model in the context of the glTF exporter. Since glTF exporter only handles geometry and PBR apperances. Since this model used two sided materials (uneven floor, roof, and wall) and not PBR, it is expected that there would be a difference between the Blender version and the exported glTF version. 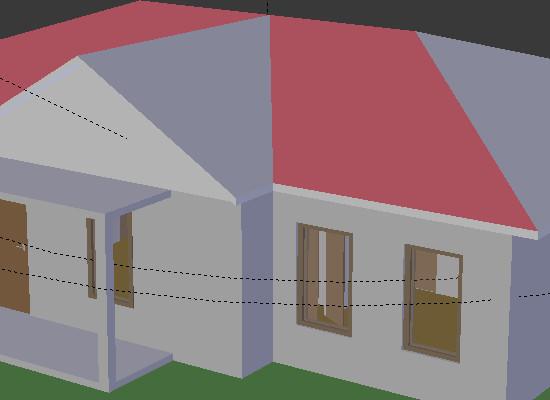 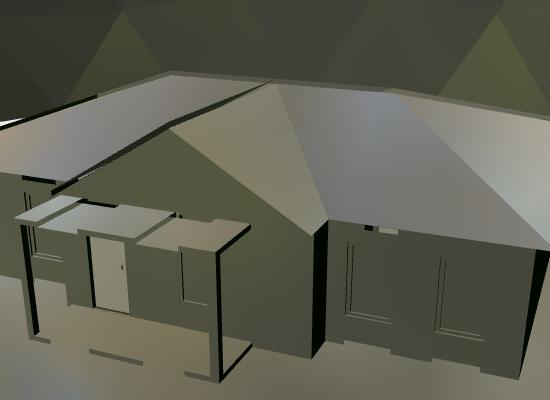 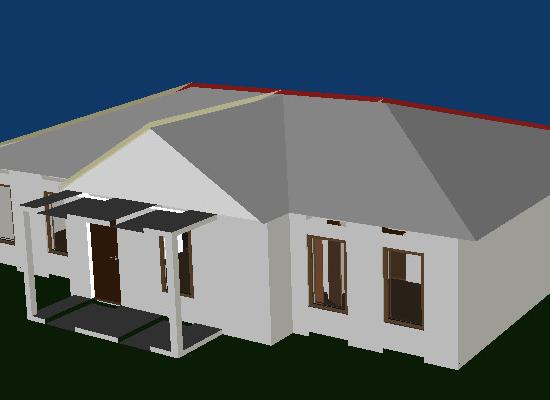